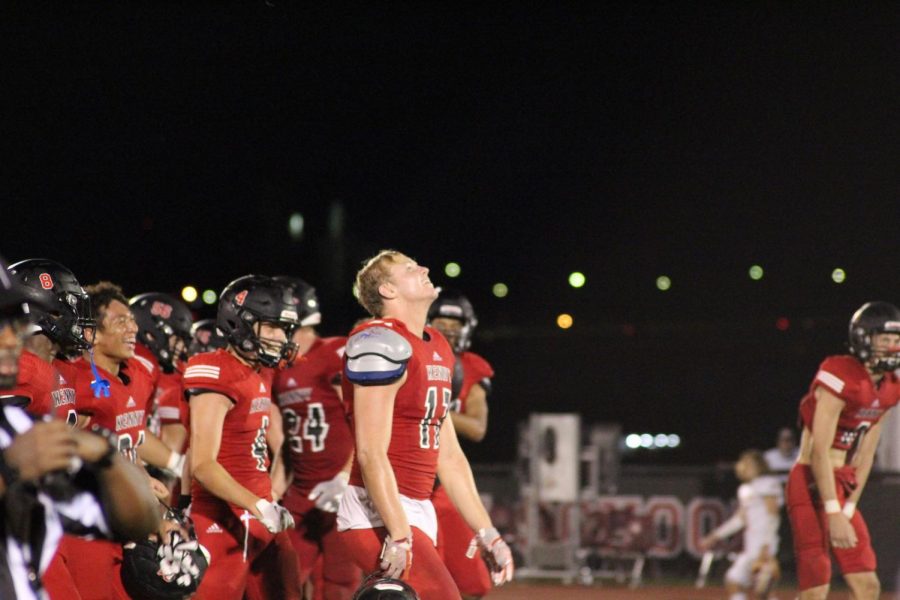 Sophomore Liam Moore smiles in victory as the Crusaders win their first game of the season.

Students socially distanced at the William Johnston Stadium on Friday, Sept. 25, 2020 to support the Bishop Kenny Crusaders in their homecoming football game against the West Nassau Warriors.

The first quarter started off slow with a touchdown for the Warriors and a field goal for the Crusaders. The quarter ended with the Crusaders losing, the score 14 t0 3.

Once the second quarter hit, junior Andrew Tabor made the first and second touchdowns for the crusaders. With a second left on the clock, senior Sean Meisler scored a field goal, which almost evened out the scores. The second quarter ended with a score of 21 to 20, with the Warriors in the lead.

During the third quarter, sophomore Jackson Burnett made the third touchdown for the crusaders, making the score 27 to 21, with the Crusaders in the lead.

Senior Sean Meisler started off the fourth quarter with a field goal, putting the Crusaders in the lead. The final score came out to be 30 to 21, ending in the first Crusader victory of the season.