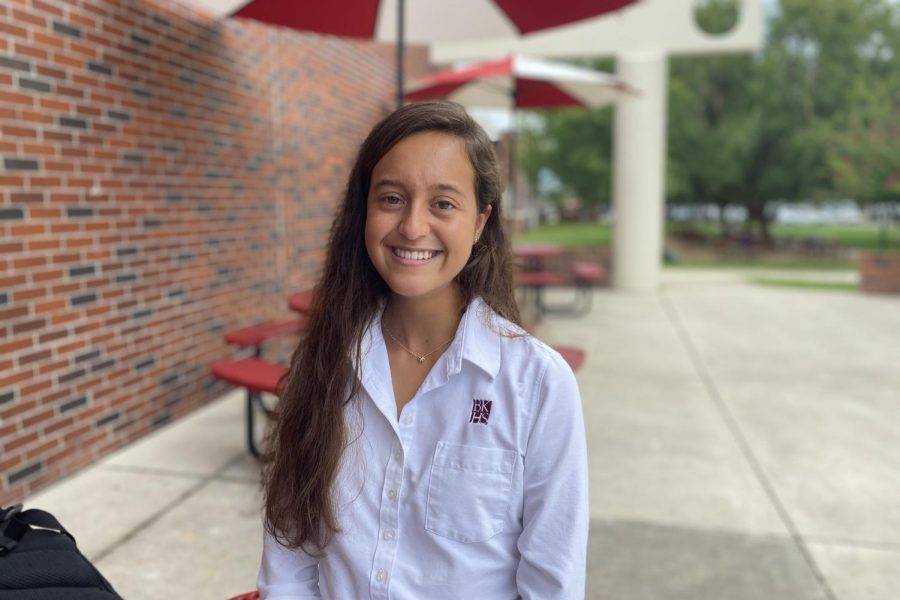 "It was the first time I realized, 'These people are my friends. This is really fun.'"

“When I started [cross country] I could run a mile… barely. That was the farthest I could run. I was so stressed, like, ‘How am I gonna go race the 5Ks? I can’t even run two miles straight.’ I remember my cousin saying, ‘I was just like you when I started. I had no idea how to run more than a mile, but,’ she said, ‘ if you go to practice and try your hardest, then trust me, you’ll be able to do it. I was like, ‘No, I’m not you. I’m not going to be able to do it.’ But I went to practice every day. My very first race was 36 minutes, and now I’m down to 24 minutes which is insane. It just goes to show… I never thought I could run three miles straight, but I just put in the work. Four years later here I am, and I can, like… run.

That first race I remember running 24 minutes… I was doing it with Sam because she was running that season. That race we were like, ‘We’re just gonna go for it. We’re not gonna think; we’re just gonna run this race.’

I remember the first mile we were together, and during the second mile, I sped up and didn’t see her. Mentally I was like, ‘Oh my gosh, where’s Sam? We were gonna do this together.’ During the third mile she comes out of nowhere from behind me, and she was like , ‘Come on! You gotta sprint! We gotta do this!’ I was tired but she said, ‘No, you yelled at me during the first mile; I’m yelling at you now.’ So having her pushing me to do that really helped, and we were both really happy afterward

The team just really makes cross country enjoyable. If you’re [running] by yourself it’s easy to be super unmotivated and think, ‘I don’t want to do this,’ but when you have your team to help you push through it, they’re going through the same things you are. It’s just really nice.” -Isabella Cratem, senior