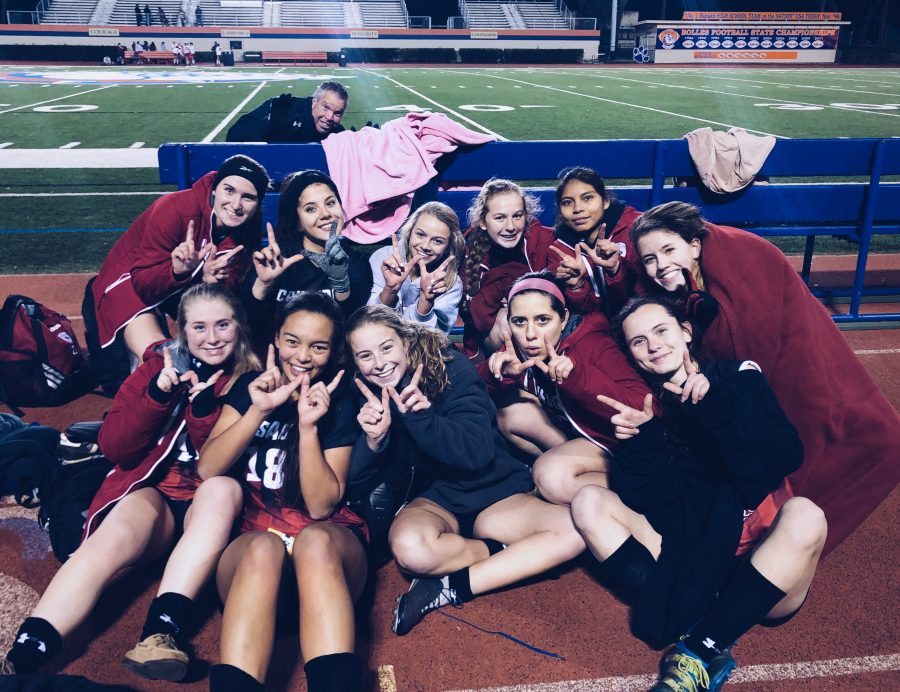 The girls soccer team, coached by Tom Devenny, have just ended their successful season. They won 16 games this season, lost three, and tied one.

Their season ended with the regional finals game where they lost 4-1 to Bolles High School. Bolles is their biggest competitor out of all the schools they play and those games seem to draw the biggest crowd.

Friendship and determination are two of the main focuses that the team has.

“All of the girls are really nice to each other and we all cheer for and encourage each other,” said player Tessa Hall.

Their main goal for next season is to continue improving their skills to hopefully end the season undefeated.

The team gained a new player this season who ended the season as their highest goal-scorer. Junior Haynes Grant has greatly impacted the team.

“I’m so thankful I was able to join the team,” said Grant. “I’ve met some of my best friends through playing and I wouldn’t trade this opportunity for anything.”

As their season comes to a close, the girls excitement and drive for next season grows.